How to track others phone call recording, text message, sms and live location 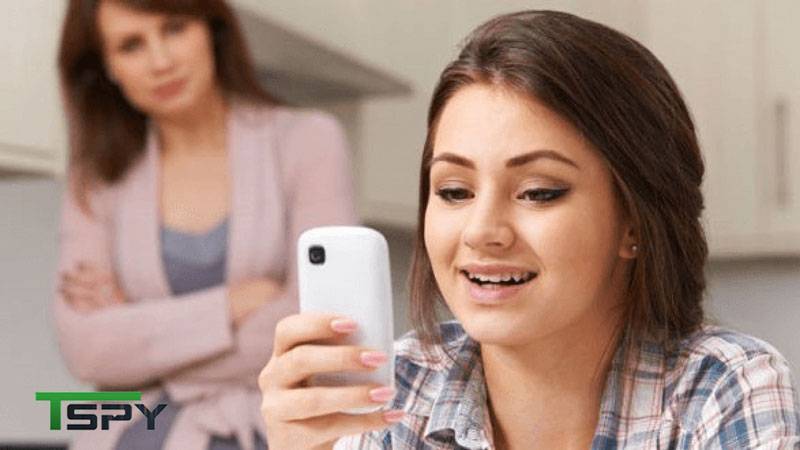 The only thing you'll need is this fantastic monitoring program, and you'll be able to connect to the internet immediately. To use this program, first download it and then install it on your target device (in this example, your wife's smartphone), then sit back and let it do the rest. Once the app has been loaded on the device, it will be hidden, and you will be able to access all of the information stored on your smartphone through the software's online interface.

You may listen in on your other phone for nothing.
Tracking apps are meant to be used in a specific way, but many users discover methods to go around the constraints and make use of the software to complete their tasks. Consider the case of tracking not just your wife's smartphone, but also the mobile actions of the people that work for you using this application.

This application has a number of useful functions.
1. a GPS tracking device

Using this software, you may keep track of your wife's whereabouts using the GPS system on your smartphone. You may also use it to check the accuracy of your wife's or family's statements. For example, you can stay in touch with your child regardless of where he or she is.

2. Intercept a text message from someone else

This tool, which allows you to trace all messages transmitted between the target device and another, is particularly valuable because it covers not just text messages, but also multimedia communications (such as photos). In fact, you may even view communications that have been erased by the recipient!

In the web interface, you can see the number of incoming and outgoing mobile calls, as well as the timestamp and duration of each call. Also available is the ability to record phone calls and save them online, making them accessible at any time.

4. Keep an eye on what's going on online.

It is recommended that you utilize this function if you want to discover which websites your target consumers browse on a regular basis. It will display all of the user's browser activity, including history, bookmarks, and any other activities the user may engage in while on the internet.

People no longer just send and receive ordinary text messages anymore. They also make use of a range of programs that are accessible on both the Android and iOS platforms, respectively. With our software, you can keep track of all of the messages and multimedia that are sent within your application, as well as perform the following tasks:

7. The context in which the recordings are made

Only a small number of individuals are aware that the target device may also be utilized as an eavesdropping tool. Simply touch a few keys on your smartphone and whatever action you take will be recorded.

Every day, the average smartphone user captures dozens of photos and videos on their device. All of the multimedia that the target person has stored on their smartphone may be tracked using our software, which is free to download. In your web interface, you will see a fresh photo taken with the target device every time it is updated.

When you need to access your smartphone remotely, there are a variety of scenarios to consider. For example, if your device is stolen, you may lose some critical data that was kept on your smartphone. You may use our program to remotely wipe any sort of information from your smartphone using your computer.

10. Make the most of the application's capabilities.
Our software allows you to accomplish a lot of things, and it doesn't even lack a single function. The information you receive from this program will be thorough and in-depth. You can also track several devices at the same time and do a variety of other tasks with this software.

In addition to monitoring spouses, parents, and company owners, our program may also be used to monitor anybody you choose, assuming you are able to do so safely and securely.

The mobile phone has evolved into a privacy collector.
Apps for monitoring: whatever you do is visible to everyone.

Monitoring software may be downloaded and installed on your phone in a matter of seconds.

The development of a number of anti-derailment monitoring software has the potential to transform your mobile phone into a comprehensive monitoring tool. , The user purchases a mobile phone monitoring application, and then installs it on the target mobile phone, allowing him or her to easily view the monitored mobile phone's location, calls, SMS, address book, and photo album. He or she can also remotely photograph, record, and screenshot the monitored mobile phone in real time. Instantaneous voice communication, real-time viewing of mobile phone screens, and so forth. This type of mobile application is highly intimate, and it is also separated into two versions: one for Android devices and one for Apple devices. The fact that it must be installed and utilized after jailbreaking is due to the restricted nature of the ios operating system, which limits its field of application. When it comes to the Android operating system, a rootless system can perform the majority of the functions, and full functionality may be obtained when root rights have been given.

Because it is so simple to deploy, it only takes a few minutes to complete after others have obtained your mobile phone, installed the appropriate mobile phone monitoring program, and then performed a series of setups, you can deploy it quickly and simply. Furthermore, these mobile applications continue to operate in hidden mode. You will not be able to detect its presence in your phone's normal operation, including on the phone's desktop and application list. It secretly and continuously watches the movements of your phone in the background. Some people go so far as to put on a legal coat in order to avoid being detected and killed by mobile security programs.

Basic functions for this type of mobile phone monitoring application are extremely powerful and include: real-time location of the mobile phone, view of the address book, call history, text message, chat history, photo transmission with front and rear cameras, recording of the call recording environment, screenshot and real-time screen monitoring. Intercepting the account passwords of third-party mobile applications, intercepting text messages, and other value-added services are included in the value-added features. In other words, the other party is operating their own mobile phone, and they have access to all of the material stored on your mobile phone from any location. After logging in, the user will be prompted to link a mobile phone to his or her account. If the a number (control end) is tied to the b number (controlled end), then as long as the b number is logged into any mobile phone, it can be controlled immediately from anywhere without having to go through the hassle of re-binding the numbers. The scan code binding operation is described in detail below. Following that, you will be presented with the primary operation interface. It is possible to switch to the controlled phone control panel state once you have bound additional phones.